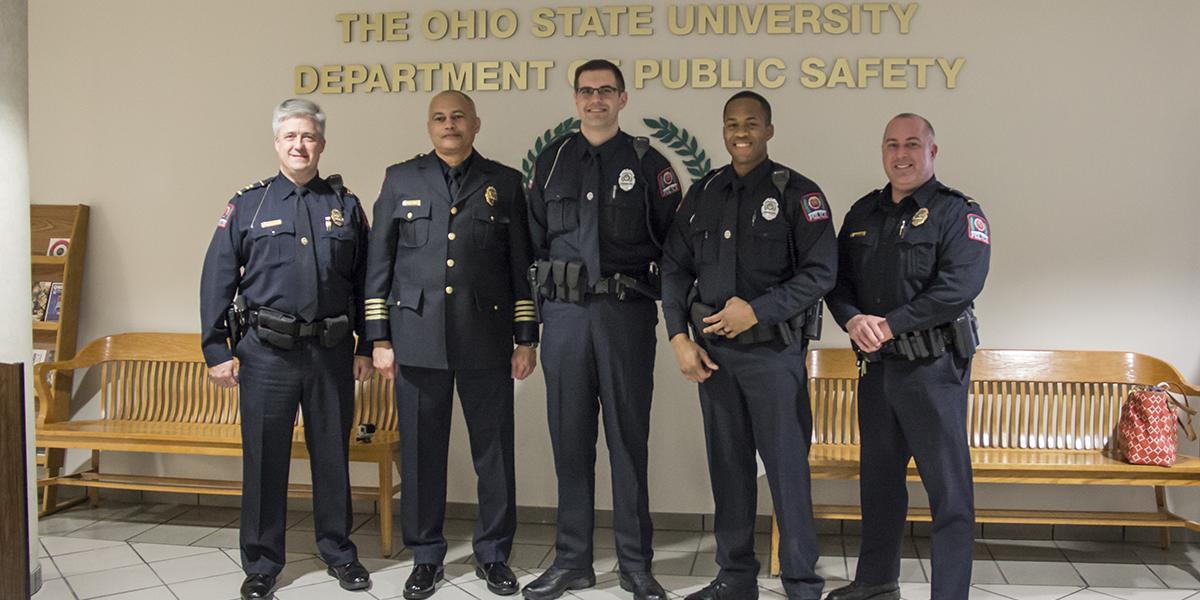 On Friday, February 17, 2017, The Ohio State University Police Division welcomed in two newly sworn-in officers with a pinning ceremony. Matthew Catron and DeRon McIntyre received their OSUPD badges at Blankenship Hall in front of members of the division, family and the public. The pinning ceremony marks the end of three required weeks of classroom training and is the start of 12 to 14 weeks of field training.

Both Catron and McIntyre are graduates of The Ohio State University. Catron grew up in central Ohio and comes to OSUPD from the Franklin County Sheriff’s office, where he worked as a deputy sheriff in the corrections center. McIntyre was born and raised in Brooklyn, NY, but came to Ohio upon his acceptance into The Ohio State University. McIntyre previously worked as a trooper with the Ohio Highway Patrol.

Read more about the pinning ceremony from The Lantern.