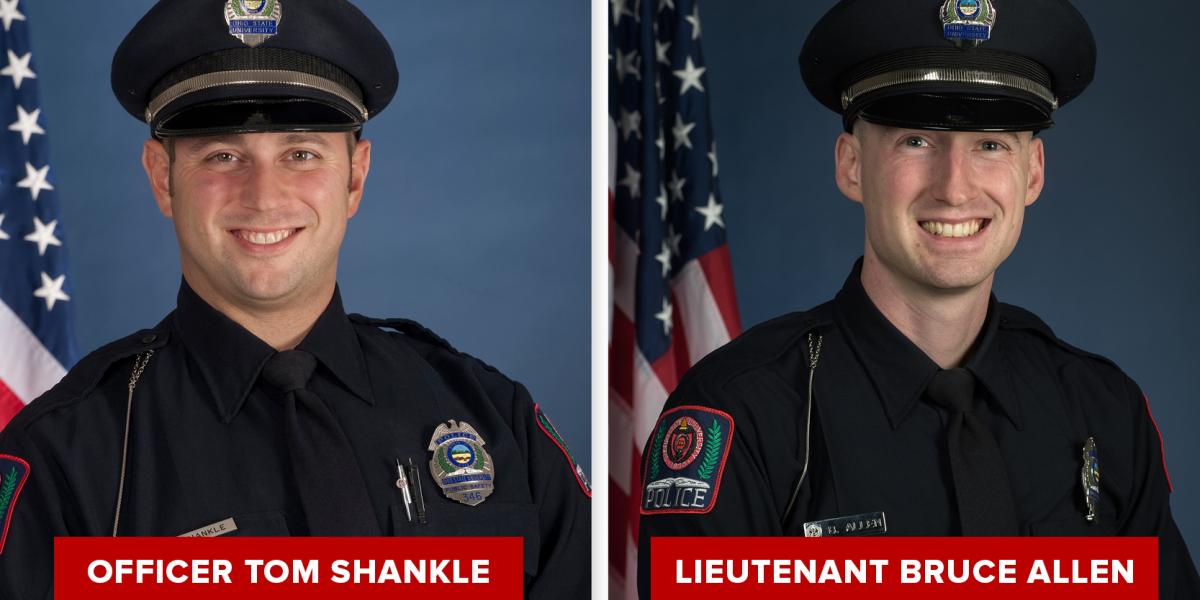 The Ohio State University Police Division (OSUPD) is committed to enhancing safety for the campus community. As a university agency, servicing a college campus that is home to nearly 100,000 students, faculty, staff and visitors, OSUPD has a uniquely tailored approach focusing on both safety and education.

OSUPD recently honored two officers that exemplify what it means to serve, protect and educate at Ohio State. Below are more details about the honorees.

Supervisor of the Year Award – Lieutenant Bruce Allen has had a busy few years with OSUPD. In 2019, he was promoted, completed the Supervisor Training and Education Program (STEP), received his Master’s degree from Ohio State and married his high school sweetheart. As a fairly new supervisor, Lieutenant Allen has earned the respect of his team through hard work, compassion and unwavering optimism. He served on evening watch and spends time assisting and mentoring new officers. He works with the bike patrol, is in charge of the uniform committee, and is always eager to take on new tasks. Lieutenant Allen has been with OSUPD for 5 years.

Officer of the Year Award – Officer Tom Shankle served as a co-leader of OSUPS’s Rape Aggression Defense (R.A.D.) and takes a lead role in recruiting new officers to the program. In 2019, he injured his shoulder and had to have surgery. As a result, he was placed on light duty, but exceeded expectations during his recovery process. Officer Shankle helped OSUPD during the accreditation process, and trained new officers after returning to active duty. He is also dependable during challenging situations. This year, Shankle was responsible for offering comfort to a woman in crisis, until more help arrived. Officer Shankle has been with OSUPD for 13 years.